ALL ORDERS OVER $50 SHIP FOR FREE (Continental US)

Now reading: Smoked Brisket on the Grill.
Share
PrevNext
The Arteflame is not just a grill or fire pit or griddle, it can also be used as a smoker! Since our grill designs hit the market in 2015 we've been asked many times if it can be used as a smoker. So, as a designer and BBQ competitor I had to test it out.
The first thing I tried smoking on the Arteflame were spare ribs. It was not a complete success but I got the feel for it even though I did everything on the grill top. Then I tried the mack daddy, beef brisket. I figured if I can smoke a whole packer brisket on the Arteflame I can officially say, YES it can also be used to smoke foods. Again, not a complete success.
A full year went by before trying again, and this time I decided to utilize the space that makes the most sense for smoking meats, inside the bowl. Many pro BBQ competitors on the circuit smoke their meats in pans on their smoker so I grabbed a brisket and placed it in a foiled pan inside the fire bowl of the Arteflame. Placing the coals and wood chunks on the opposite side of the bowl. Open fire smoking! 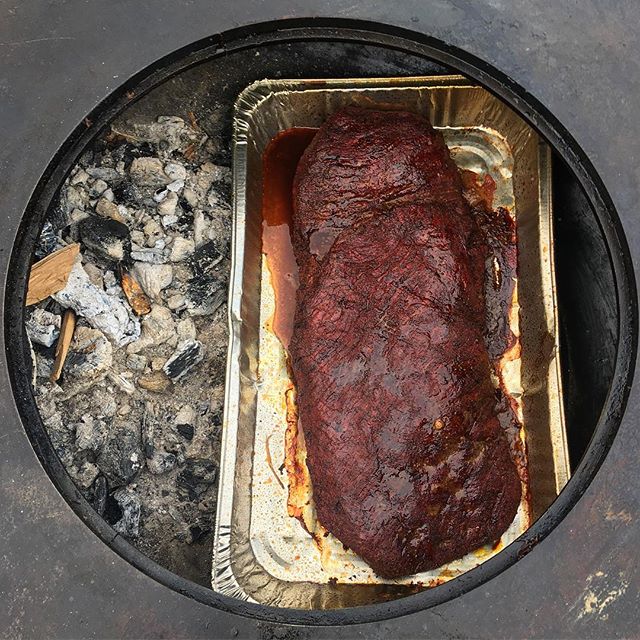 The smoke was subtle but the inner area of the bowl was around 250 degrees which was a perfect temp to impart smoke into the meat. This lasted for about 5.5 hours until the color looked nice and dark and the bark began to form on the brisket.
After the brisket got a nice bark going I wrapped in foil tightly (butcher paper would've worked too) and placed back in the pan, except I moved the pan into the center of the bowl. I then placed hot coals on each side instead of just one. Since the brisket was wrapped and smoke isn't needed now, it's all about heat and finishing the cook.
With the pan in the center and coals on each side I placed a stainless steel baking sheet on top of the brisket and pan and placed more hot coals on top of the sheet pan, acting as a Dutch oven of sorts. After the brisket reached an internal temp of 205 degrees it was pulled and left to rest for about an hour. 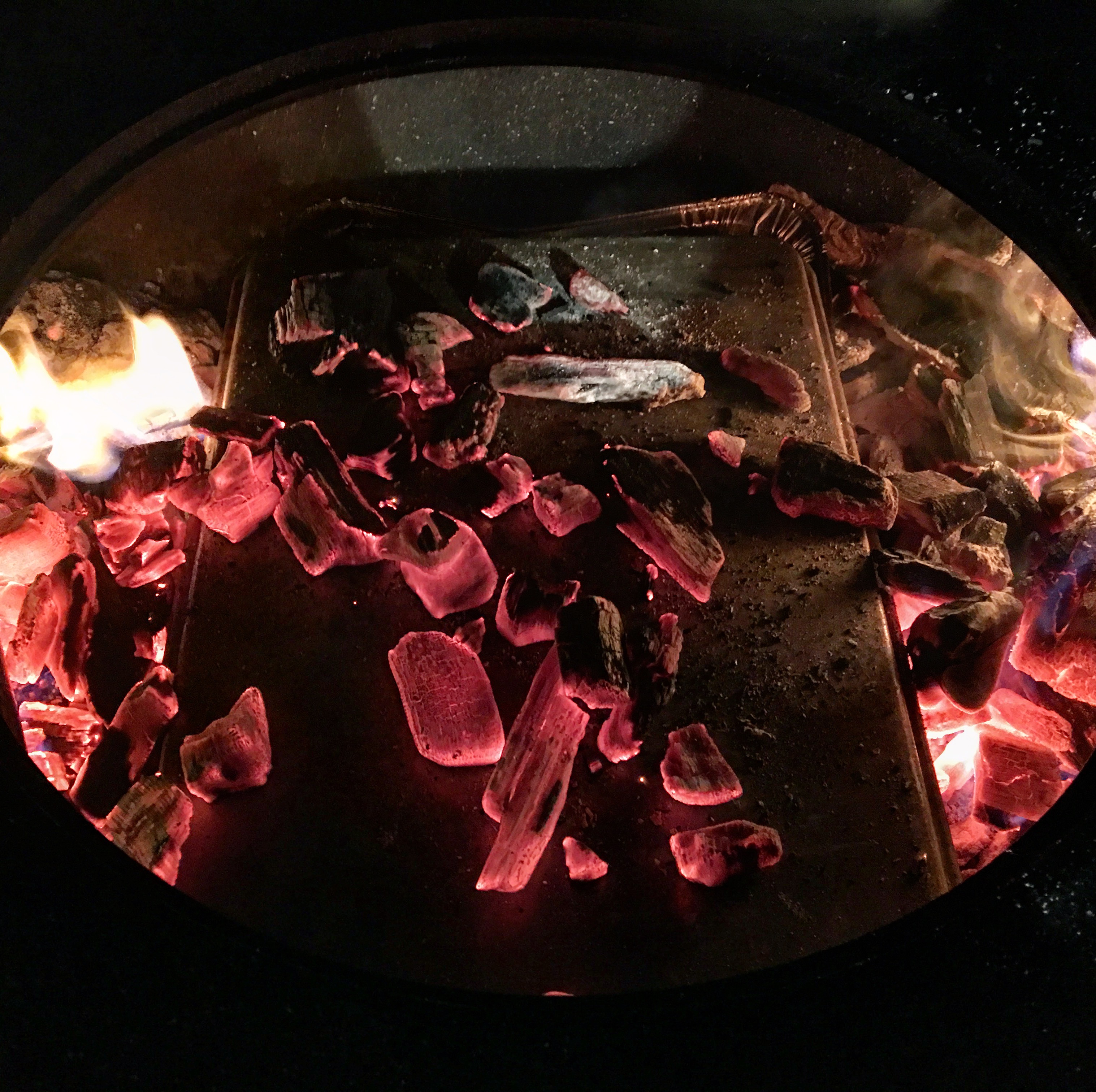 After resting I sliced against the grain in pencil thin slices. These results were not only superb tasting but also very close to competition worthy brisket! The rub was a simple salt n pepper blend with garlic powder and cayenne. The bark was stunning and the smoke ring was surprising to say the least. 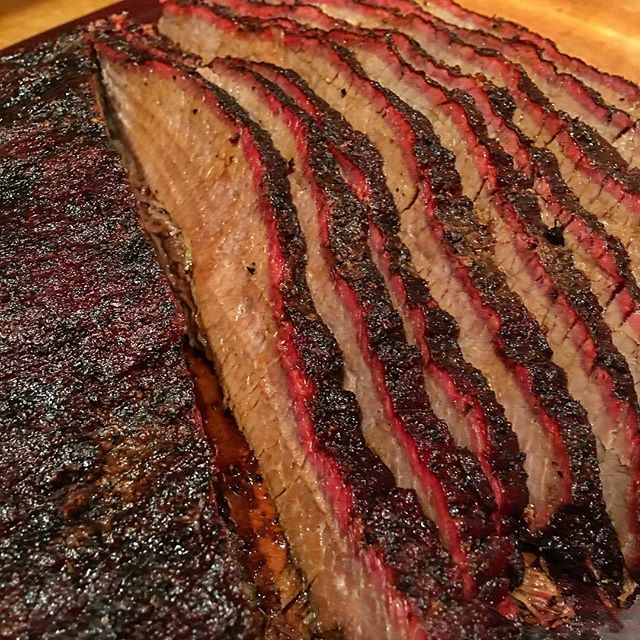 This type of cooking on the Arteflame will definitely continue and I will post more details of how to utilize the Arteflame grills as more than just a wood fired flat top grill.

how did you regulate the heat during the cook time?

Interesting, keep up the recipes.

got one coming for my weber hope to try the recipes

Thanksgiving On The Grill - Rotisserie Turkey

Arteflame Classic 40" Grill - Tall Round Base With Storage

Arteflame Classic 40" Grill - Tall Round Base

All of these recipes can be made on any of our grills and grill inserts.